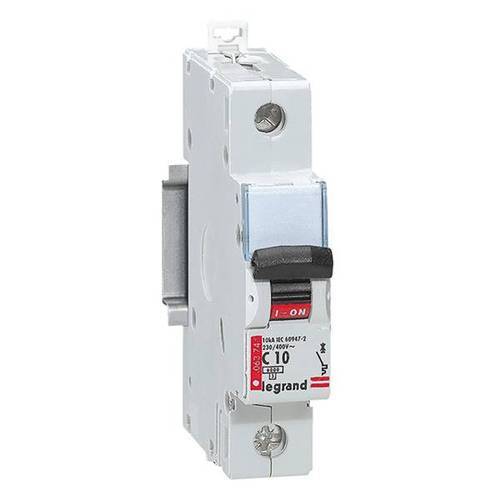 A Miniature Circuit Breaker is an electromechanical device protecting an electric circuit against overcurrent. An electrical fault is caused by either an overload or a short circuit.

We used to defend against overcurrent with fuse wire (in fact, we used to sell it!). The premise was simple: an over-current would physically ‘blow’ the fuse wire by rapidly heating and melting it, severing the electrical connection and protecting the rest of the electrical circuit.

The Three Main Features Of An MCB:

Amperes for Overload Current Rating (A)

Overload happens when an excessive number of appliances are connected to a single circuit and demand more electrical current than the circuit and cable are designed to handle. This could happen in the kitchen, for example, if the kettle, dishwasher, electric range, microwave, and blender are all being used simultaneously. This circuit’s MCB cuts electricity, preventing overheating and fire in the cable and terminals.

A short circuit is caused by a malfunction in an electrical circuit or appliance. It is potentially far more destructive than an overload since the scale and speed of the overcurrent is of a different order of magnitude. It happens when the live and neutral conductors are connected directly. The electrical current rushes around the circuit in a loop without the resistance supplied by regular circuit integrity, multiplying the amperage by thousands of times in moments.

An MCB‘s ‘Tripping Curve’ allows for real-world, and sometimes necessary, surges in power. Huge machines in commercial settings, for example, typically require an initial surge of power over their regular working current to overcome the inertia of large motors. The MCB allows this small surge to occur since it is safe to do so for such a short period.

What distinguishes Legrand’s MCBs from others?

Visit Legrand to know more about our MCBs!

What is the Difference Between LVP and Vinyl Plank?