Home›Lifestyle›All you want to know about career astrology
Lifestyle

All you want to know about career astrology 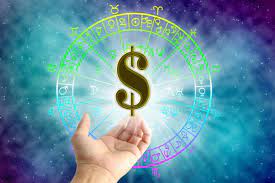 All you want to know about career astrology

Many decide on a career on the basis of various aspects. Some opt for it from their family responsibility, while some decide on it from their childhood daydreams. Also, there are some who don’t have any idea what to do in life or what they are doing. As per the astrology chat, heavenly bodies and zodiacs play a vital part in your career. Similar to the Moon’s effect on the development of thoughts and actions in the mind that aids you in indicating quite a few career-related behaviors.

Likewise, the sun’s impact too significantly affects the placement of the field of action in the natal chart as it is the light and spirit.

How does the Tenth House Planets Impact Your Career?

All the houses in Kundli have certain implications and depictions of particular life aspects. As per the astrologer app, the 10th house of a person’s natal chart is the karmic house, indicating the social status and your karmic field type.

The 10th house is everything related to what and how we earn. The job or occupation is the livelihood for a majority of individuals. Therefore, the placement of heavenly bodies in the 10th house can control and impact a very important aspect of our life.

This is the most significant angular house as per astrology. While this house is combined with the ninth house, it creates the major Raj Yoga. Also, this house is even called the “Artha” house, meaning economy. Hence, your fiscal affluence and material strength too come beneath this house.

Influence of Planets on Your Career

According to astrology, if the planet Moon is in the 10th house, the native can be a taker in the business associated with responsibility from service and guardianship.

With this service work, a person can work in jobs like senior center doctor, dentist, nurse, interior designer, caretaker, etc. The jobs associated with water can be lucky for the native.

Moon is a calm planet, and a strong moon in the natal chart indicates jobs like therapy, nursing, psychology, and many more.

If this planet is in the 10th house, the native might do business involving writing and speaking. Planet Mercury indicates the requirement for communication, whether written, verbal, or virtual. The ideal jobs can be publisher, writer, journalist, or teacher.

According to the astrologer app, this planet indicates supremacy. A strong sun in the natal chart will take the native to prestigious careers, such as CEO of reputed companies, administration department, etc.

Planet Mars in the 10th house shows that the natives are driven by careers. They have a constant and steadfast commitment to their career goals. This planet depicts the epitome of courage, both physical and psychological.

If you have a strong Mars in your natal chart, you can be an army officer, police officer, or professional sportsperson.

This planet in the 10th house gives amazing outcomes. This is because it elevates a native to new career heights and makes them predominantly hardworking. Saturn is ruled by Karma, and suitable careers can be building constructions, agriculture, labor, etc.

Career is an important aspect of life. It cannot be taken for granted or compromised at any cost. Ask astrologer for more related info on career astrology.

Why Should You Use A Summary Tool?